When a plant enthusiast falls in love they will be cunning, determined and wily in order to achieve their heart’s desire.  On a visit to a public garden Margaret Owen’s eagle eye spotted an unusual amethyst-purple flower growing in a clump of normally blue Camassias. She had to have it, so she charmed the head gardener and even persuaded him to fetch a spade to dig the treasure up immediately. “The problem was that he thought an old dear like me wouldn’t be able to dig it out. I knew that these bulbs can be as deep down as Australia so I let him struggle on before digging the rare beauty up myself.” 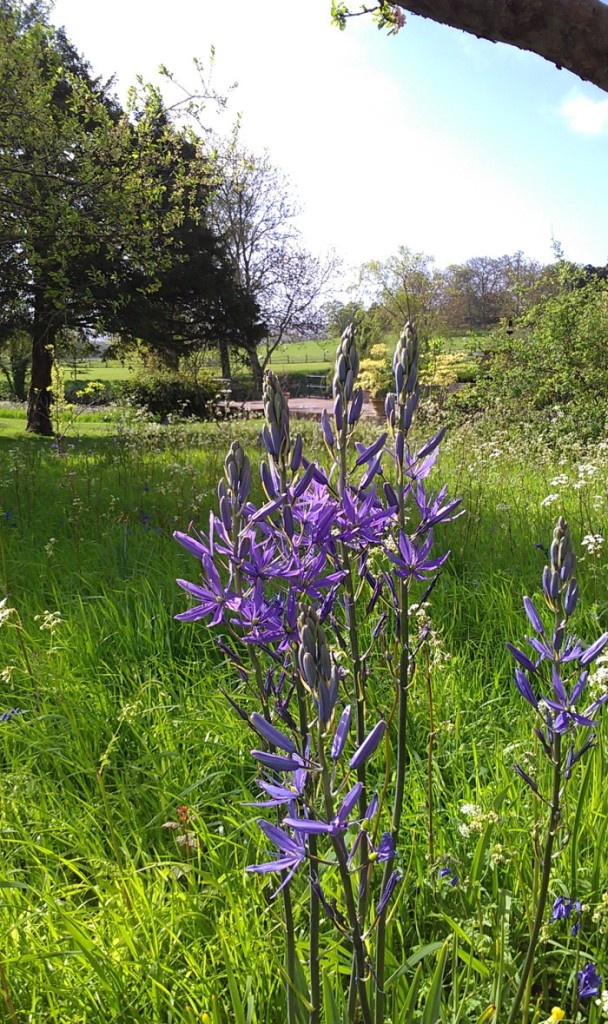 Margaret’s love affair with the tall blue spires of Camassia first began when a generous neighbour gave her a few bulbs of the unusual smoky-blue flowers. “They were beautiful and elegant flowers that were also marvelous for an amateur florist like myself.”

“That was forty years ago and you couldn’t find them in nurseries. I remember being overjoyed at finding a double-white one in the old Blooms nursery at Bressingham.” Margaret’s passionate championing of the species as a beautiful and easy-to-grow plant has helped it to increase both in popularity and in availability. Her own garden is overflowing with them and she now hosts Britain’s National Collection. She has raised Camassias with pink flowers, with lavender ones and, of course with the amethyst-purple flowers that had long-ago caught her eye. “Don’t ask how many I’ve got. It would be perfectly impossible to even guess.”

Camassias are at their best during May, after the departure of spring flowers and before the bustle of summer. Their stems are covered with individual star-like flowers that combine to create a shimmering cloud. Unlike most bulbs, Camassias flourish in heavy, damp soil and will even grow in the margins of ponds and streams. If your soil is too heavy for tulips and other bulbs to thrive, try growing Camassias. 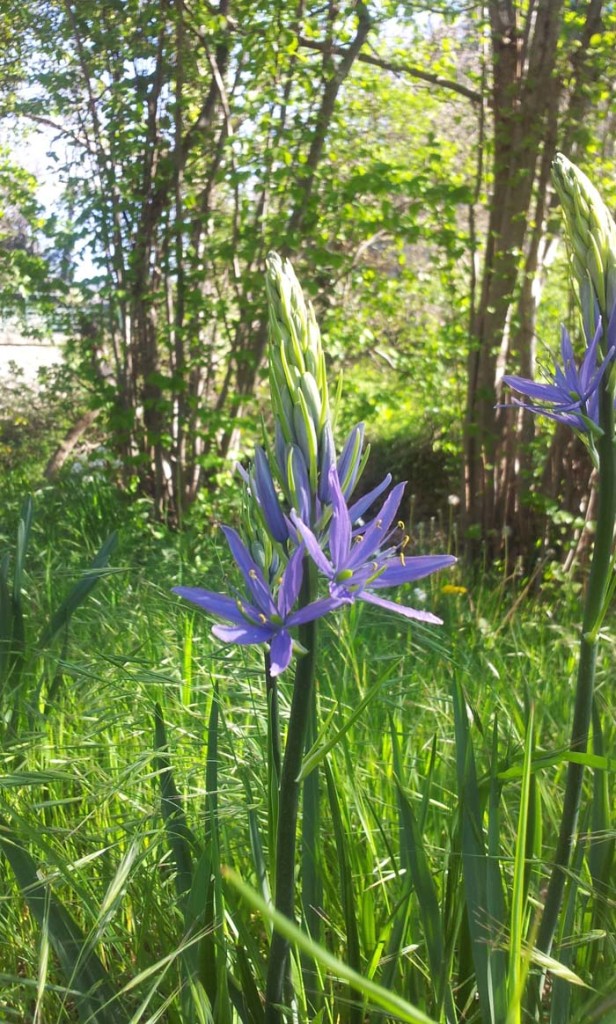 C. quamash is the shortest and neatest of the genus. It has eight or ten bright blue flowers on stems about 16 inches (40cm) tall. If you can find it, Margaret recommends growing the cultivar C. quamash ‘Orion’ because it has brighter blue flowers.

The rest of the group, forms of Camassia leichtlinii, are much more imposing plants, growing to between two and four feet tall (60cm to 120cm). The most common form is C. leichtlinii subsp suksdorfii Caerulea Group − a mouthful of a name that most nurseries list as C. ‘Caerulea’. The colour of the flower varies but is usually a soft-grey blue on stems 36 inches (90cm) tall. Margaret’s favourite is C. leichtlinii ‘Electra’ which, as the name suggests, has electric-blue flowers. It is sterile, so won’t seed itself about. Of the white forms, Margaret suggests C. leichtlinii subsp leichtlinii, which has cream-white flowers. The double form, C. leichtlinii ‘Alba Plena’, that thrilled Margaret so long ago, is still difficult to find. If you see it, buy it: you won’t be disappointed. Be warned though, advises Margaret, that once you start growing them you will want more. And who knows where that might lead you. 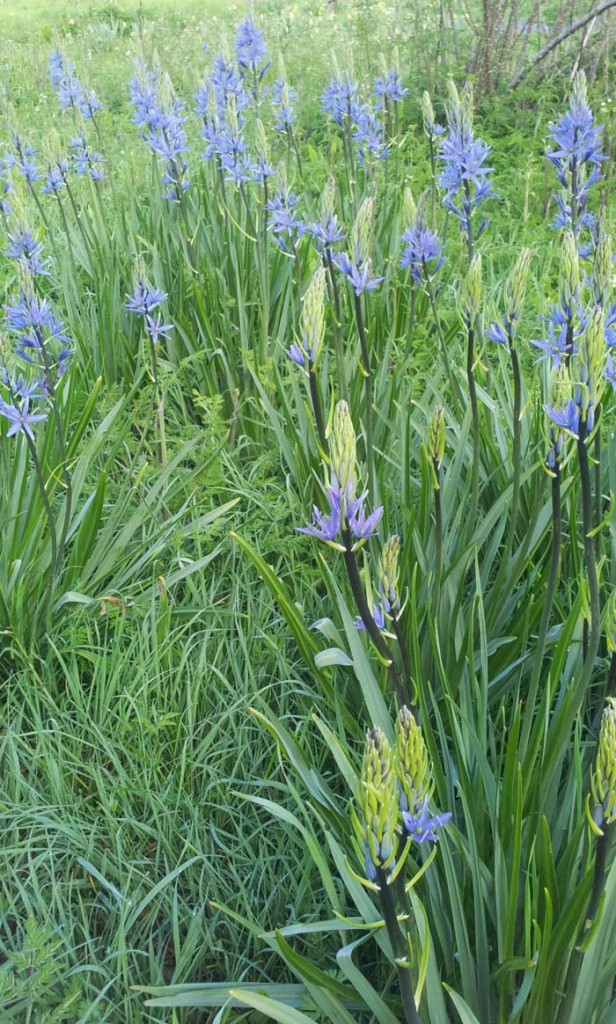 The textbook advice on growing Camassias is that to thrive they need the same conditions they have in the wild: heavy, rich, damp soil. In fact they are adaptable plants and will also grow in sandy or chalky soils. Dig lots of good compost or leaf mould into the area before planting. Bulbs are available in the autumn and should be planted straight away. Make sure that the ones you buy are fat and solid, and plant them at least eight inches (20cm) deep. After they have flowered do not cut off the foliage. Allow it to die back naturally, as this feeds the bulb for the following season. Once plants are established they will self-seed, sometimes prolifically. When you’ve got enough plants cut the seed heads off to prevent them from spreading.

Camassias are perfect for growing in grass and meadows as long as you can resist mowing until the plant’s leaves have died down, usually by mid July.  If the grass is short, plant C. quamash, which never grows to more than 16inches (40cm) tall. This is the Camassia that grows in the meadow at the late Christopher Lloyd’s garden at Great Dixter, amongst buttercups, early purple orchids and native grasses.